The utilisation of the process that happens within stars, by harnessing the mechanism as an energy source. That is the aim, and it has been since long. Would there be a role for fusion in a future energy system?

Currently, ITER is being built, in Cadarache, in the South of France. Near Aix-en-Provence is a nuclear facility where the CEA resides as well. ITER will be the first reactor to have an output power tenfold of the input power. That is, 500 MW output power, 50 MW input power. It is only heat and nothing will be done with the power produced. Electricity production will be the task of DEMO to demonstrate for the first time. Development projects are already on their way.

ITER, already a success before its first plasma?

The international collaboration is of an unpreceded scale. China, Russia, US, EU, India, Japan and South-Korea join. It is a global peace project. Starting end cold war. Actually, ITER should have been built by that time. Note that some say that ITER technology is so advanced, it could not have been built with the civilisational status of that time, which may well be true, given the amount of computation currently involved. 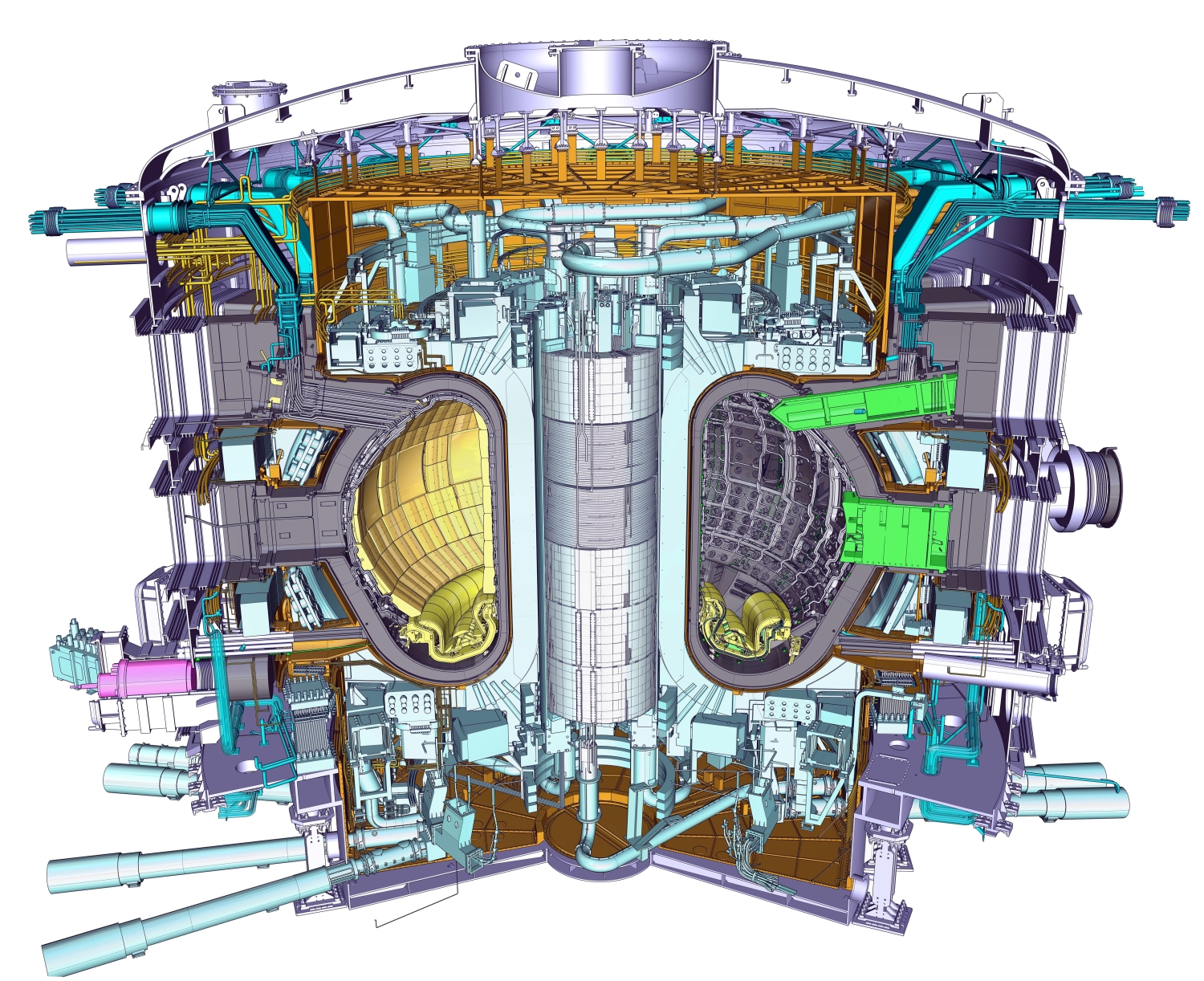 In the meantime, we're designing DEMO, the first device to be connected to the grid. Technological challenges seem to be the bottleneck on this road.

Economical challenges on the road thereafter. Questions about the economics of fusion could be asked. Will fusion ever be competitive in an energy market, is one question. How fast, yet another.

Together with Niek Lopes Cardozo and Gert Jan Kramer, I have worked on an article, published in Nuclear Fusion: Fusion: Expensive and Taking Forever? (I have started to hate ending an article's title with a question mark, as it clashes with proper punctuation at the end of a sentence).

Historical data shows that the initial growth of energy sources, after leaving the lab, is exponential with a doubling time of about three years. If fusion is to follow this path, then we ought to find a means to reduce the building time to allow for design changes from one generation to the next: a factor of ten increase in installed capacity per decade, with a similar construction time, would mean the decision to order ten times more of a fleet that one hasn't seen in operation yet. 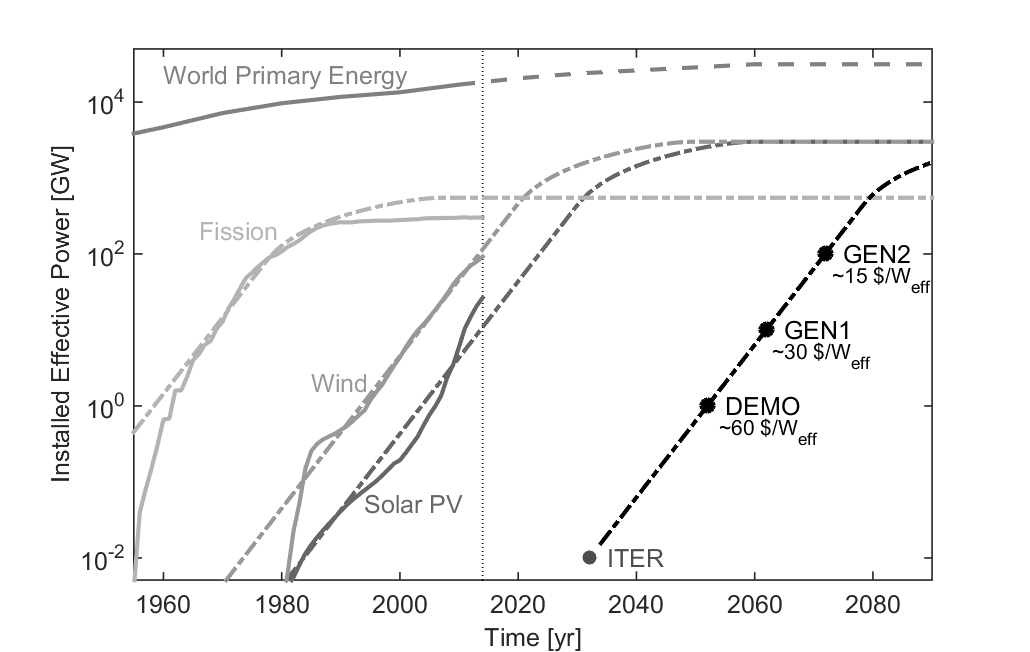 Smaller and faster-to-build devices seem to be an economical must-have. The coming years will tell us whether this will also be a physics & engineering can-do.

Navigate to: Essay (NL) on energy-economical dynamicsTeam EnergyThe Colours of Energy UP